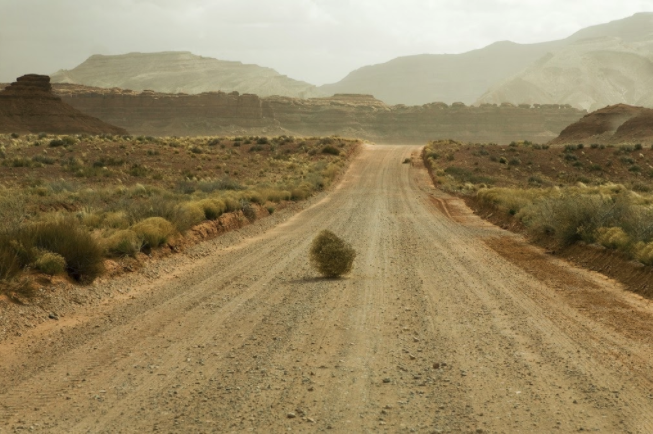 Foster's Real-World Guide to Getting Your First 1,000 Email Subscribers

Real stories of how online writers got their first 1,000 subscribers

There are few things worse than spending hours writing something great, hitting “publish,” and hearing crickets.

Thankfully, there’s a way out of this. You can find people who will enthusiastically read your stuff.

I asked a bunch of Foster members who have built email lists how they did it.

Before you do anything, do this

This post will be fun, but we must start with the salty, raw truth:

To build a reader base beyond your immediate friends and family, you have to write great stuff pretty consistently.

‍The internet is overflowing with interesting things and the world has little patience for boring stuff.

Not everything you write needs to be a masterpiece, but most pieces should have the potential to evolve into one.

Before you get too hung up on building an audience, first ask if what you’re writing is actually interesting.

“Interesting” can mean all sorts of things, so here are a couple of questions you can use as a gut check:

If I had stumbled across this, would I want to read it?
‍
Will this actually help the specific type of person I’m trying to help?

Thankfully, you don’t need to start off great. Your early readers are likely to be friends and family and they’ll be pretty forgiving as you figure things out. But as you grow, you’ll need to continually crank out ever-more interesting work.

How to grow from 0 to 10 subscribers

Your writing doesn’t need to start off exceptional.

Chances are, some of your friends, family, and co-workers will be willing to read your 3,000-word “Thoughts On Frisbee Golf, Part 3” essay. They’ll even cheer you on to write Part 4.

Go recruit them as your first 10 subscribers.

“I emailed 20 friends and colleagues to ask if they would read the newsletter and provide feedback.”

“I signed my first 10 subscribers up myself - whether they wanted to subscribe or not! They were my parents, siblings, and best friends.”‍

“Like any good founder, I relied upon the foundation of three ‘Fs’ for my first 10 subscribers: signing up friends, family, and fools!"

Stew Fortier from Stew’s Letter (me!):

I got my first subscribers by posting a short, simple message on my Facebook explaining that I was launching a newsletter. I asked people to sign up and included a link to a subscribe page.

How to grow from 10 to 50 subscribers

Congrats, you’ve landed your first 10 subscribers -- which include an ex-boyfriend, a bully from high school, and somebody with the email address coolbeachboi420@hotmail.com. It ain’t the dream audience, but it’s better than just you and grandma.

Don’t get too hung up on finding the perfect readers or even writing the best possible content yet. Just having some readers will motivate you to keep writing -- and if you keep writing, you’ll become a better writer which will come in handy later when quality matters more.

“My first 50 subscribers came mostly from me reaching out to my friends, asking them to sign up. Everyone from my first 50 were people I knew well.”‍

“I got my first 50 subscribers all from 1:1 outreach, forwarding the newsletter to specific people who would be interested in content each week, including people who I was writing about.”

Collaborate with a friend who already has an email list

“I had a lot of success co-writing with creator friends who have engaged audiences. Plus, it’s fun, too. When I co-wrote one week with my buddy Sid Jha, I got 25-30 new sign ups in a day.”

"My first 60-ish subscribers came from launching the newsletter on Product Hunt. All it took was a few simple images, a landing page, and a quick pitch on the concept. From there, I let a few people know about it to get early upvotes, engaged with commenters, then set up a nice warm email intro to all new subscribers.

If I could give advice to future launchers: be sure to ask someone to 'hunt' your newsletter ahead of time. I asked our hunter to 'hunt' after posting the product because I was mistaken about the process. Make sure to have someone else post your newsletter for you! If you need someone, I'd be happy to help."

You’ve finally run out of aunts, uncles, former boyfriends, and estranged cousins to add to your newsletter.

Your next wave of readers are likely to be less forgiving, since they may not know you personally.

Now, more than ever, it’s important that you’re investing the time to write interesting stuff.

Reach out to every new subscriber and establish a relationship

“[As you get closer to 100 subscribers,] you get a bit of organic growth. My newsletter leaked out of my immediate friend group to people I didn’t know that well. The important step for me here was reaching out and getting to know those new people immediately - which then made it more likely for them to share it with their friends.”

“I directly asked a few of my subscribers to share my newsletter on their Twitter and Linkedin accounts.”

Packy McCormick from Not Boring:

“I had an unrelated tweet go viral and replied with a link to Not Boring.

I think the biggest thing [for growth] is just experimenting with things that you think would work for your audience and your content, and being the first to try things. Most things are so lightweight that it's easy to try a bunch of things, most will fail, and some will hit.”

Stew Fortier from Stew’s Letter (me!):

We had originally planned to DM people a free guide we put together, but the Tweet blew up which made that plan impossible.

So we set up a landing page for people request it via email. At the bottom of the email, we gave people the option to opt in to our newsletter.

100+ people are reading your stuff and you may not even know all of them personally.

You’ll look back on this moment and smile, but for now… onwards!

Publish on a consistent schedule

“After hanging out at ~140 subs for a year or so, I got to 250 by starting to write consistently every week, and by corresponding with other newsletter writers who ended up giving me shoutouts in their newsletters. And just asking people to share, making it more of a mission to get other people on board.

I think it was definitely the consistency that led people to cross promote. I’ve always had good open rates but it’s like once the newsletter started being reliable, a switch flipped.”‍

“It took me 12 weeks to go from 0 to 100, but 6 weeks to go from 100 to 275 (gotta love fostering). The new sign ups were a mix of people subscribing via my public notes, website, or at the end of my tweet threads. Having multiple capture points has definitely helped, and I wish I would have had them sooner.”‍

"Consistency is key at this stage. Putting in the reps and firing off at your promised cadence allows you to engender loyalty from your readers and to build the reading of your newsletter into their inbox routine.

Additionally, at this stage, you will begin to see the benefits of compounding in action. That is to say, each incremental piece/investment/subscriber earns you MORE than the previous one. To take this compounding to the next level, engage in cross-pollination with similar creators/newsletters. This visualization (courtesy of Visualize Value) encapsulates the concept well:

“I promoted my Why You Need a Product Sieve post on Twitter with the quote from Michael Lewis: ‘Stop wasting years and waste hours instead.’

It got retweeted by someone who follows me with a quote about it being helpful. The following Monday it showed up in the Product Habits newsletter by Hiten Shah.

The post blew up from there, topping out at about 50 new subscribers a day before crashing back down.”

Nick deWilde from The Jungle Gym:

“I submitted one of my posts to Hacker News that landed in the #2 slot for the day. That pulled in around 250 new subscribers.”‍

I’ve had as much luck in the comment section on Hacker News and Reddit as I have submitting my work to the main site.

See if there are particular conversations where you can add value (these groups hate self-promotion) and then give people a credible reason to subscribe to your thing.

The vast majority of people on your list are probably now people you don’t know personally.

That is incredibly exciting and validates that you’re writing interesting stuff.

The only surefire way to fail now is to quit.

Nick Dewilde from The Jungle Gym:

“I wrote an in-depth post about my recent career transition that chronicled the saga of my job search. It ended up getting forwarded and shared quite a bit by people who either wanted to congratulate me or knew someone going through a similar transition.”

Max Lowenthal from The Pause Button:

“At 500 subscribers, the consistency and regular quality was a given. To break past 500, we had to produce something on top of our regular newsletter that you couldn't get anywhere else.

Sometimes this would be a longform interview that we’d share widely (and embed signup forms throughout) or it’d be a standalone side project like we set up with www.mixer.rip where we created a viral site that included our branding and an email capture form.”

“The most impactful things that took me from 250 subscribers to 500 were writing regularly, posting relevant content more regularly on social (especially stuff where I could tag the startups or founders that I was writing about), and naturally letting subscribers share the newsletter with people they thought would like it.”

You’re in the home stretch.

The sound of tumbleweeds blowing in the wind is a distant memory.

Next stop: Comma City. Population: YOU, and the writers below.

Nick deWilde from The Jungle Gym:

“After a direct message to the creator of Newsletter Stack, she featured The Jungle Gym on the site. A few days later, she launched her site on Product Hunt. It made it to the top sending lots of traffic to Newsletter Stack. That took me from 870 to 950 subscribers.

It’s worth noting that timing is pretty key with resource sites like this.”

Get mentioned in other newsletters and blogs

“Going from 500 to 1,000 subscribers primarily just took time and was accelerated by getting shoutouts in other newsletters (Trends) and blogs/news outlets (Geekwire) that write about my industry (venture capital, technology). They had all organically found pieces that I had written.”

If you write great stuff consistently and make some basic efforts to tastefully promote your work, compounding will eventually work in your favor.

Now, get back to bending minds and let your growth curve follow suit.

P.S. if you’re just getting started, add me as your first subscriber: stew@foster.to.

And thank you to the wonderful “Visualizing Crowd Sizes” blog post for many of the images on crowd sizes.

Thank you! Your submission has been received!
Oops! Something went wrong while submitting the form.